2. In the figure of anatropous ovule given below, choose the correct option for the characteristic distribution of cells within the typical embryo sac 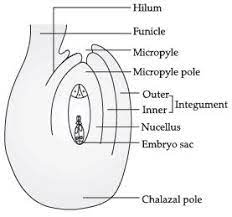 5. Which of the following statements are true related to Seed X and Y? 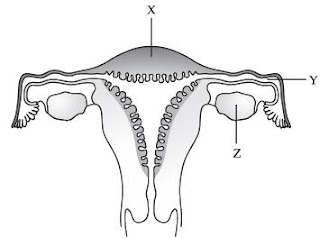 Identify the correct stage of development of human embryo (Figure B) that takes place at the site X, Y and Z respectively in the human female reproductive system (Figure A).
Choose the correct option from the table below:
8. Penetration of the sperm in the ovum is followed by
A. formation of first polar body.
B. completion of meiosis II.
C. first meiosis.
D. dissolution of zona pellucida.
9. The correct sequence of hormone secretion from beginning of menstruation is
A. FSH, progesterone, estrogen.
B. estrogen, FSH, progesterone.
C. FSH, estrogen, progesterone.
D. estrogen, progesterone, FSH.
10. In the dioecious aquatic plant shown, identify the characteristics of the male flowers that reach the female flowers for pollination: 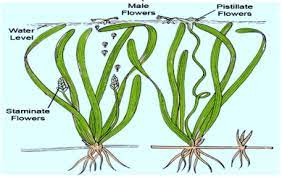 11. The thalamus contributes to the fruit formation in
A. banana.
B. orange.
C. strawberry.
D. guava.

14. Which of the following amino acid substitution is responsible for causing sickle cell anemia?

16. Which of the following combination of chromosome numbers represents the correct sex determination pattern in honey bees?

A. Male 32, Female 16
B. Male 16, Female 32
C. Male 31, Female 32
D. Female 32, Male 31
17. Rajesh and Mahesh have defective haemoglobin due to genetic disorders. Rajesh has too few globin molecules while Mahesh has incorrectly functioning globin molecules.Identify the disorder they are suffering from.
18. Which of the following criteria must a molecule fulfil to act as a genetic material?
(i) It should not be able to generate its replica
(ii) It should chemically and structurally be stable
(iii) It should not allow slow mutation
(iv) It should be able to express itself in the form of Mendelian Characters
A. (i) and (ii)
B. (ii) and (iii)
C. (iii) and (iv)
D. (ii) and (iv)
19. The promoter site and the terminator site for transcription are located at
A. 3′ (downstream) end and 5′ (upstream) end, respectively of the transcription unit
B. 5′ (upstream) end and 3′ (downstream) end, respectively of the transcription unit
C. the 5′ (upstream) end of the transcription unit
D. the 3′ (downstream) end of the transcription unit
20. Which of the following is correct about mature RNA in eukaryotes?
A. Exons and introns do not appear in the mature RNA.
B. Exons appear, but introns do not appear in the mature RNA.
C. Introns appear, but exons do not appear in the mature RNA.
D. Both exons and introns appear in the mature RNA.
21. In E.coli, the lac operon gets switched on when
A. lactose is present and it binds to the repressor.
B. repressor binds to operator.
C. RNA polymerase binds to the operator.
D. lactose is present and it binds to RNA polymerase.
22. Oswald Avery, Colin MacLeod and Maclyn McCarty used enzymes to purify biochemicals such as proteins, DNA and RNA from the heat-killed S cells to see which ones could transform live R cells into S cells in Griffith's experiment. They observed that
A. Proteases and RNases affected transformation.
B. DNase inhibited transformation.
C. Proteases and Lipases affected transformation.
D. RNases inhibited transformation.
23. 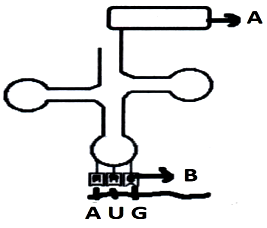 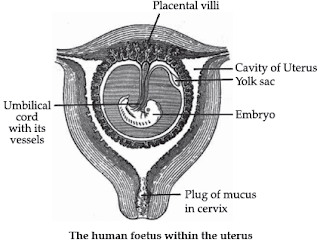 i. Oxygen
ii. Amino Acids
iii. Carbon dioxide
iv. Urea
A. i and ii
B. ii and iv
C. iii and iv
D. i and iv
30. In a fertilized ovule, n, 2n and 3n conditions occur respectively in
A. antipodal, zygote and endosperm
B. zygote, nucellus and endosperm
C. endosperm, nucellus and zygote.
D. antipodals, synergids and integusments
31. A botanist studying Viola (common pansy) noticed that one of the two flower types withered and developed no further due to some unfavorable condition, but the other flower type on the same plant survived and it resulted in an assured seed set. Which of the following will be correct?
A. The flower type which survived is Cleistogamous and it always exhibits autogamy
B. The flower type which survived is Chasmogamous and it always exhibits geitonogamy.
C. The flower type which survived is Cleistogamous and it exhibits both autogamy and geitonogamy.
D. The flower type which survived is Chasmogamous and it never exhibits autogamy.
32. During parturition, a pregnant woman is having prolonged labour pains and child birth has to be fastened. It is advisable to administer a hormone that can
A. increase the metabolic rate.
B. release glucose in the blood.
C. stimulate the ovary.
D. activate smooth muscles.
33. A female undergoing IVF treatment has blocked fallopian tubes. The technique by which the embryo with more than 8 blastomeres will be transferred into the female for further development is
A. ZIFT
B. GIFT
C. IUT
D. AI
34. The mode of action of the copper ions in an IUD is to
A. increase the movement of sperms.
B. decrease the movement of the sperms.
C. make the uterus unsuitable for implantation.
D. make the cervix hostile to the sperms.
35. To produce 400 seeds, the number of meiotic divisions required will be
A. 400
B. 200
C. 500
D. 800 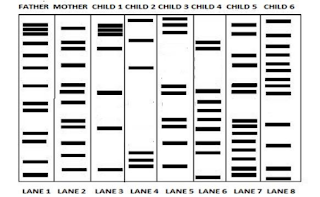 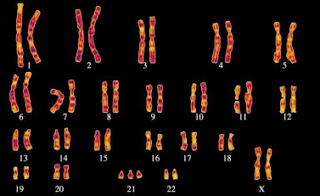 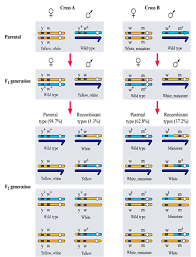 Which of the following conclusions can be drawn on the basis of this cross? When yellow bodied (y), white eyed (w) Drosophila females were hybridized with brown bodied (y+), red eyed males (w+) and F1 progenies were intercrossed, F2 generation would have shown the following ratio:
A. 1:2:1 because of linkage of genes
B. 9:3:3:1 because of recombination of genes
C. Deviation from 9:3:3:1 ratio because of segregation of genes
D. Deviation from 9:3:3:1 ratio because of linkage of genes
58. Which cellular process is shown below? 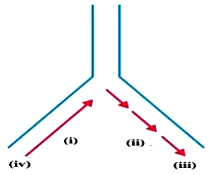