Section A
Reading
Read the passage given below.

[5] Technology is making advancements at a rapid rate but at the cost of a valued tradition—the crafts industry. The traditional crafts industry is losing a lot of its trained and skilled craftsmen. With that, the art of embellishing brass and copper utensils with fine engravings is also disappearing. The government has identified around 35 crafts as languishing craft.

[10] The speciality of handcrafted items is its design, an association with long traditions belonging to a specific region. The word ‘handcrafted’ does not imply the involvement of dexterous human fingers or an agile mind with a moving spirit anymore. Lessening drudgery, increasing production and promoting efficiency have taken precedence. The labour-saving devices are taking the place of handcrafted tools and this has jeopardized the skills of these artisans.

[15] Mechanisation has made its way into everything - cutting, polishing, edging, designing etc. Ideally, the use of machinery should be negligible and the handicrafts should be made purely by hand with a distinguishable artistic appeal. However, with the exception of small-scale industries, the export units are mostly operated by machines. The heavily computerised designs contribute to a faster production at lower costs.

[20] Although mechanization of crafts poses a challenge to safeguarding traditional crafts, the artisans are lured with incentives in order to impart handicrafts training. Some makers do see machines as a time-saving blessing since they are now able to accomplish difficult and demanding tasks with relative ease. These machines might give a better finesse to these products but they don’t stand out as handcrafted. Quantity has overtaken quality in this industry.

[25] A need to highlight the importance of the handmade aspect is required by both the government and private sectors, in order to amplify awareness and also support the culture of making handicrafts. A few artisans are still trying their best to rejuvenate and revive their culture and heritage but it’s an uphill task competing with the machine-made goods. A multitude of artisans have changed their professions and are encouraging their progeny to follow suit. There are others who have stayed their ground but are clearly inclined towards buying machines.

[35] Nearly two decades ago, there were around 65 lakh artisans in the country. Three years ago, when the government started the process of granting a unique number to the artisans based on the Aadhaar card, 25 lakhs were identified. Loss of traditional crafts is clearly a worrying issue, but it stands to reason that forcing any artisan to follow old ways when concerns of livelihood overrule other considerations, is unfair.

What does the writer mean by calling handicrafts a ‘valued tradition’?

Rewrite the following sentence by replacing the underlined phrase with a word that means the same from lines 5– 15.

If it continues, the workcation (work + vacation) trend will be a powerful boost to domestic tourism operators failing to make progress in the economic slump caused due to the pandemic.

State any two reasons why artisans are choosing to work via machines rather than handcrafted tools?

Why do the artisans need to be ‘lured with incentives’ to impart handicrafts training?

List one likely impact of the support of government and private sectors towards the culture of making handicrafts.

How does the writer justify an artist’s act of abandoning her/his traditional craft for a more lucrative option?

Read the following excerpt from a case study titled Impacts of Festivities on Ecology.

[5] Festivals are synonymous with celebration, ceremony and joy. However, festivals bring to fore the flip side of celebrations – pollution – air, water, soil and noise. This led to the need of assessing the awareness level among people about ecological pollution during festivals. So, a study was conducted by scholars of an esteemed university in India. This study was titled Awareness Towards Impact of Festivals on Ecology

[10] There were two main objectives of the study. The first one was to assess the awareness level among people about ecological protection during festivities. Exploring solutions to bring awareness about celebrating festivals without harming ecology was the second objective. The method used to collect data was a simple questionnaire containing 6 questions, shared with 50 respondents across four selected districts of a state in the southern region of India.

[15] The research began by understanding the socio-economic conditions of the respondents before sharing the questionnaire. Once the responses were received, the data collected was tabulated (Table 1), for analysis.

Why do the researchers call pollution the ‘flip side’ of festivals?

Comment on the significance of the second objective of the study with reference to lines 7-12.

Justify the researchers’ recommendation for limiting the drastic impact of festival pollution on the environment with reference to lines 16-21.

Why do the researchers feel that environmental groups and eco-clubs are fighting a losing battle in the given scenario?

Even though a larger number of people say ‘no’ to bursting crackers than those who say ‘yes’, festival pollution persists. How does evidence from table 1 support this statement?

What purpose does the ‘Can’t Say’ column serve in the questionnaire (table 1)?

Section B
WRITING AND GRAMMAR
Study the concept chart from the self-help magazine section of a monthly publication. 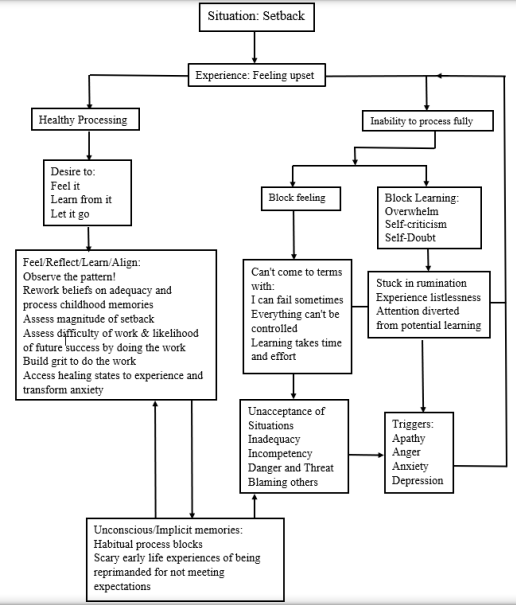 Write a paragraph in not more than 120 words, analysing the listed responses to the situation when one faces setbacks.
You are Samina Zaveri, Class X, Vadodara, Gujarat. You come across the following information on a local library’s notice board.

You wish to participate but require more information. Write a letter to Teen-Toggle Games Pvt.Ltd in about 120 words, enquiring about rules, scholarship details and deadlines. Also enquire about specifications for solo or group entries.
The following paragraph has not been edited. There is one error in each line. Identify the error and write its correction against the correct blank number. Remember to underline the correction. The first one has been done for you.

Read the conversation between a teacher and student and complete the passage that follows.

The biology teacher had instructed Sameer to draw the diagram of a bacterial cell and asked him (a) ……………a blank sheet. Sameer respectfully answered that he had drawn the diagram but (b) …………………to the naked eye.

Section C
LITERATURE
What is the significance of the Buddha’s request for a handful of mustard seeds and the addition of a condition to it?

Justify how ‘Animals’ by Walt Whitman is a criticism of mankind and its ways?

Comment on the tone of the speaker when she says ‘Will you please look at me when I’m speaking to you, Amanda!’

A ballad includes the telling of a tale as well as a surprise ending. Using evidence from the poem, explain how these features are included in ‘The Tale of Custard the Dragon’.

Which two issues about himself convinced Lomov of his decision to get married?

Briefly state how Matilda invited ‘a dreadful life of necessity’ into her family.

The hack driver successfully trapped the narrator in his web of words. Comment.

Parents play a crucial role in the upbringing of their children. Critically examine the parents of Bholi and Ebright, highlighting their impact on their children’s lives.

Pranjol and Rajvir discuss their next vacation destination. They shortlist Coorg and Goa. Rajvir is keen on Coorg and tries to convince Pranjol. Develop a conversation between the two, based on your understanding of Glimpses of India.

Rajvir: Hey Pranjol! I think we should be visiting Coorg. It is a beautiful place with coffee plantations. I can smell the aroma already!
Pranjol: We visited a tea plantation last year, in Assam; I want to…
Farce is a kind of comedy which includes situations and dialogues that are ridiculous, exaggerated and even absurd. Evaluate the play, The Proposal, as a farce.